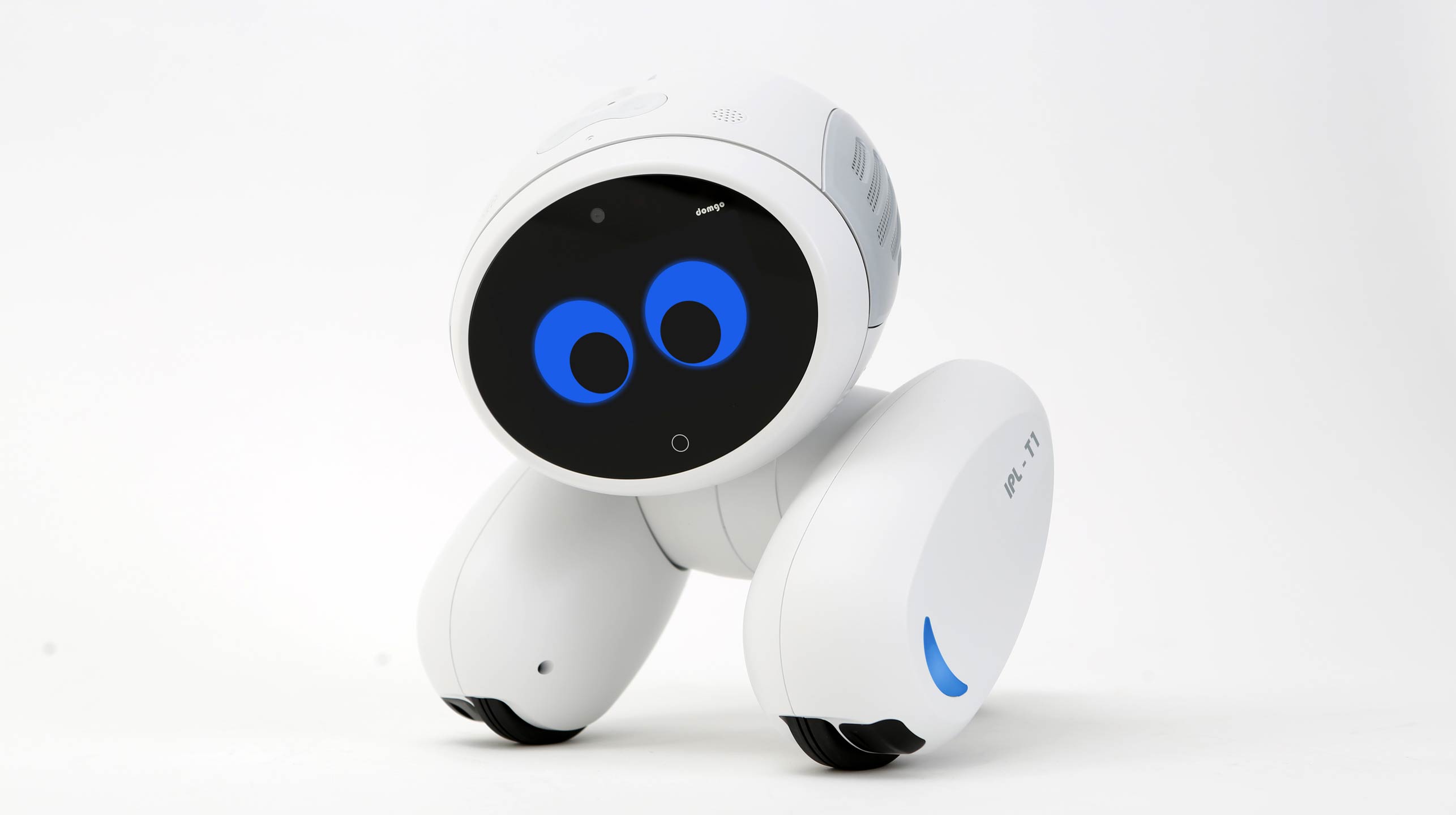 Over the summer, I managed to take some timeout from the cut and thrust of the daily business to have a little look at some of the trends that are driving consumer behaviour and shaping customer experiences.

The past 12 months has been a fascinating time for people watchers, with rapid change across political, social and indeed the economy.

Perhaps the biggest sea change has been the rise of the popularist view and indeed their vote combined with the rejection of the views of the “worldly wise” urban elite. Brexit, Trump, a re-engaged youth electorate and the rise of far-left politics. Politics has become mainstream or is that just because we have had so much of it of recent!

Has this had a direct effect on consumerism or is technology still the biggest driver? I think perhaps a blend of both – whilst technology is empowering consumers there definitely seems to be more of a social and environmental conscience, something we haven’t really seen since before the recession (remember Red products and Bono!).

I guess the key change is what defines status these days. In an age where young twenty-somethings never see themselves owning a home, status has become more about experiences than materialism. All lived out live, and of course shared, on social media.

Rare and unusual experiences are driving increases in status. This has given rise to the “experience economy” – dine in the sky, secret cinema etc. all shown off in social media.

Last summer of course we saw this becoming a real status currency, the craze that was Pokemon Go, which even had an eventual winner, sponsored by Marriot – not that I noticed or indeed participated. We also have social media “status”, with SnapChat “streaks” and number of shares, likes across Instagram etc. all defining users. Plus a whole generation growing up thinking that they can become overnight stars as a You Tuber.

So, we wait to see how brands will leverage this Virtual Experience. Perhaps travel and automotive will be the first to adopt it. I thought it was interesting to see that the band ABBA were adopting this for their next tour, making it a virtual reality one for their fans. So is this the way live entertainment will go, or was it just because ABBA and their fans are too old to travel these days! Would be interesting to see if a major sports broadcaster went down that route too – FA Cup live and virtual!

Virgin Atlantic and Bacardi are running a VR experience whereby if you order a cocktail they give you a VR headset that takes you to the country that the cocktail comes from to watch it being made. Can’t help but feel that this is a gimmick, not a true experience.

The sharing and caring economy

One of the key areas that technology has changed consumer propositions is within the peer 2 peer or sharing economy. But it’s not just the sharing it’s the inherent efficiency that seems to be driving some interesting consumer viewpoints particularly regarding conspicuous consumption.

The principles of peer 2 peer are that it minimises waste by better utilising idle resources – the spare room for AirBnB, the car used once a week, your own house when you go away on holiday even your sofa for Couchsurfer. Idle capacity equals waste, minimising waste is inherently good, more sustainable and better for the planet. So, will this see a resurgence of green and sustainable consumerism – I think so.

There are already new brands capturing idle capacity and leveraging it for the good of the planet e.g. Reverse Delivery – the fast food company that delivers food but also collects surplus food for the return trip for foodbanks. Nissan sells back unused electricity from electric cars to the National Grid and a community clothing company is leveraging seasonal fluctuations of manufacturing capacity to make clothes at seasonal downtime (so cheaper).

Is the next stage for brands to free up idle capacity and offer this up to consumers to use it for themselves? We are already seeing big corporates offering free office space to small businesses and start-ups.

There seems to be a dichotomy across the web these days, on the one hand you have the social media hordes intent on sharing everything, from experiences to family to measuring everything (runs, cycles, steps, heart rate, ski tracks etc.). To those obsessed with privacy and being incognito on the internet.

And of course, the internet now caters for both. Incognito individuals can dispense with social prejudices and expectations and be who they want to be online, be anonymous or adopt an avatar.

Much of this rise of anonymity is to avoid prejudices that still run riot (racism, sexism) and often get played out more openly and indeed aggressively in social media.

So, we have seen the rise of anonymous social confessional apps – such as “Secret and Whisper”, although bizarrely this itself seems to have been killed off by bullying. However, some apps are using technology to overcome this. Candid uses AI to weed out toxic, harassing, bullying behaviours. This allows people to speak their mind safely.

Corporations are also embracing this trend, especially across recruitment to encourage inclusivity and diversity with the launch of blind interview apps and blind internal comms forums, allowing corporate colleagues to communicate anonymously

There are even Anti-persona apps – that allow you to view twitter through another user.

Rise of the concierge brand

But whilst some may think there is a big concern over privacy, others as previously mentioned openly embrace surveillance, voluntarily opting for full time monitoring, checking in on social media and measuring everything. For some of course their biggest fear is that nobody is watching.

Some wag stated that – Orwell correctly predicted the surveillance culture, what he didn’t predict was that people would post the pictures themselves.

Brands are beginning to leverage this, we have already seen insurance companies try (and fail) to base their risk assessment on your Facebook profile. But others are being more overt becoming a true concierge brand, making instant recommendations based on what you are doing, where you are and indeed your stated interests and likes on social media.

New devices like Amazon Alexa, Google Home etc. learn your preferences and offer helpful advice and can make purchases for you.

Artificial intelligence (AI) such as VIV can now link smart devices, link your smart fridge to your Ocado account, your calendar and place an order for the weekends groceries.

Last year Domgy the pet robot was launched that combines, AI, Smart devices with family pet like characteristics, reminiscent of 1950’s Sci-Fi family robots, your very own in house robot!

So, I discussed the social changes and the rise of the “popularist” view in the opening of this blog and this has seen some fractious times and polarised debate – Brexit/Trump/Le Pen and some real discontent on globalisation.  The debate, not just in the UK with Brexit, has seen a desire for closed societies (build walls/cut immigration) versus people who want openness.

This has set what has been described as the battle between New Global Citizens v Nation Nurturers. It is far too easy sitting here in London and working in advertising to dismiss the views of the Nation Nurturers. Indeed, we need to embrace them – on the Brexit vote alone they are over 50% of consumers. But more importantly we need to avoid being facile or cynical and perhaps brands should focus on making the place that they live and work in better.

I’ve seen a couple of examples of this across the globe. In Brazil, the San Juan beer brand changed its beer label to raise awareness of rare Jaguars in Brazil and Starbucks has launched a campaign to recognise and celebrate “Upstanders” local people doing good stuff at grass roots for the local community.

And for our New Global Citizens brands such as the travel site Momondo have an ethos based on improving diversity and that travel spreads understanding and peace all of which appeals to the values of the NGCs.

Interestingly Tiger Beer has set up the Tiger Trading Co – building pop up shops to celebrate all that is great about china – art, design etc. – rather than cheap shit. To try to breakdown and target stereotypes and promote a better global view.

So, there you have it. A few things to watch out for across the coming year, perhaps AI and VR will start to become mainstream and rise above the gimmick and technology will start to make sustainability mainstream again. We can but wait and see.

Gavin is CEO of Direct and Relationship Marketing agency – WDMP, which he founded in 2002 following a long career as a client-side marketer including stints at Toyota, Lexus, Virgin Media and finally at Amazon.com.
Previous
See all
Next

Start a new way of thinking to accelerate your growth

Or call Simon now on